Most buyers switch back to petrol as diesel sales fall 17% in Q1. New diesel car sales have continued to fall since its European peak of 2011. 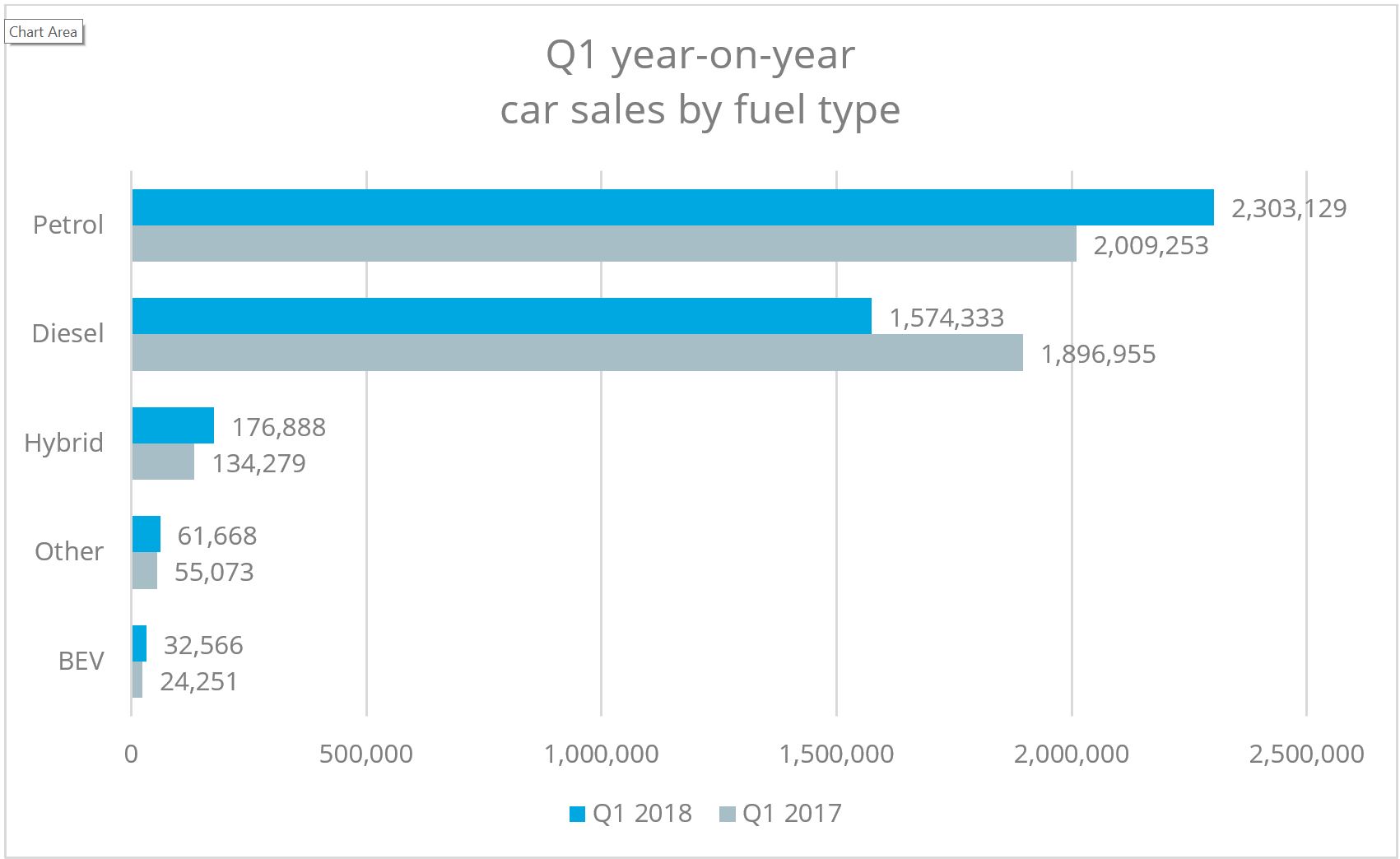 With the new car market up 0.7% by the end of Q1 what are car buyers choosing instead of diesel?

In percentage terms Battery Electric Vehicles (BEVs) rose 34.3% in Q1 2018 over the same period in 2017 but that still equates to just a 0.8% market share across the EU28. What is concerning though is that 49% of that growth comes from just one country, Germany with a further 27% coming from the Netherlands.This seems to indicate an underlying problem with some of the positive benefits of EVs not reaching consumers.

However, the real winner in the decline of new diesel car sales is petrol cars. Petrol car sales rose 14.6% in Q1 2018 over Q1 2017. Total sales for the period stand at 2.3 million and that is because 91.1% of the lost diesel sales have switched back to petrol power.

One final point to note is the rise in other fuel types. In this case gas such as LPG and CNG plus ethanol. Whilst LPG and CNG has been popular in Italy for many years there seems to be a slight resurgence in interest as sales across the EU28 countries rose 12.0%. Of particular note is the 450.6% growth in Spain, 154.9% rise in Germany and 149.8% uplift in France.