In April, we mentioned how LCV sales are dependent on industrial confidence and GDP and that we are likely to continue to see a divergence of results not just across Europe as a whole but even between the more closely aligned euro zone. 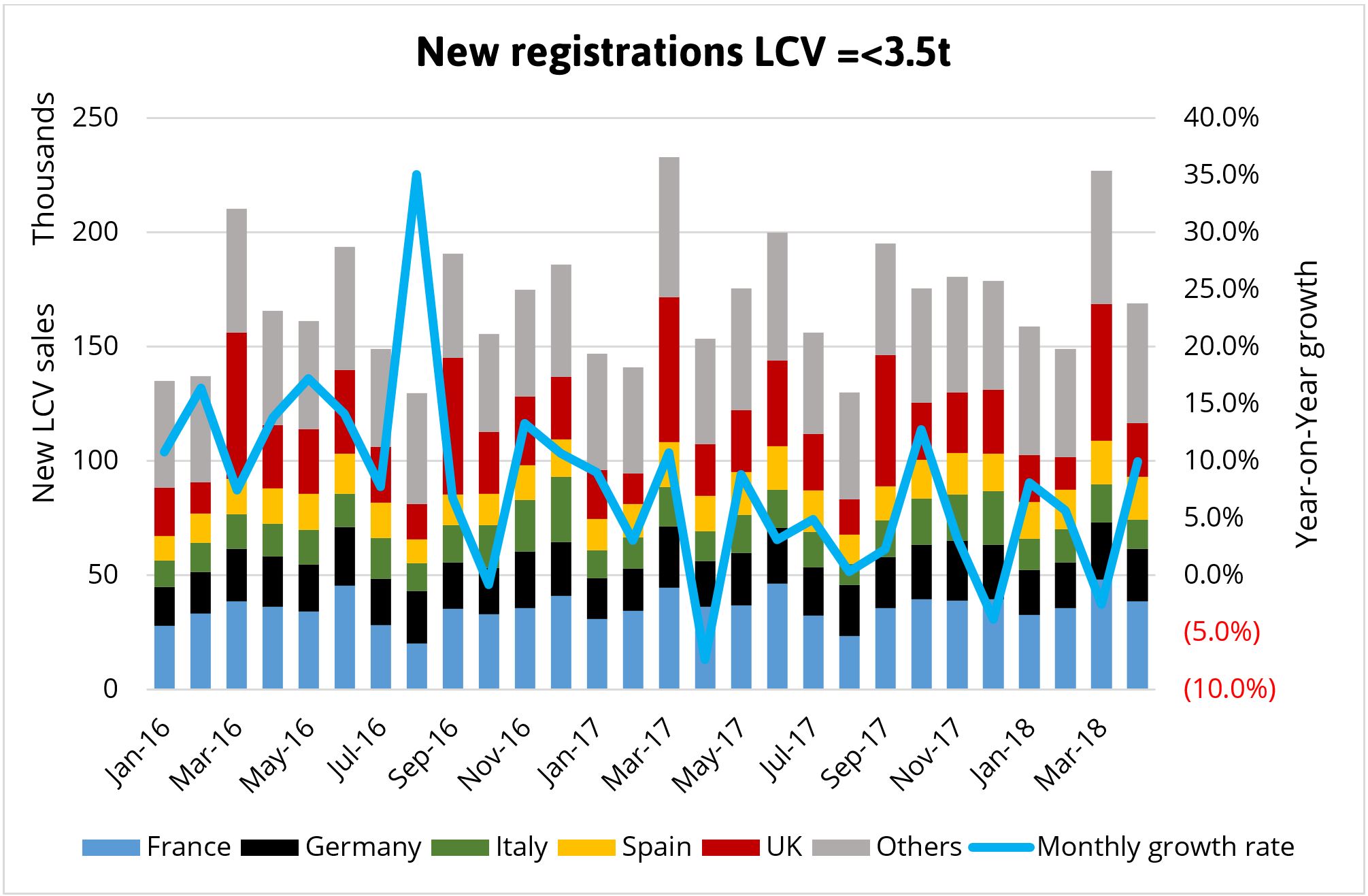 Well March 2018 has already proved that to be the case as economic uncertainty due to Brexit and the rise of a populist government in Italy is impacting Light Commercial Vehicle (LCV) sales.

With healthy growth in LCV sales in the first four months of the year as a whole and an economy forecast to grow by around 2.9% with unemployment on target to drop to 15.3% in 2018 according to the European Commission, the drop in Spanish LCV sales in March may give some cause for alarm but we think this is just a short term road bump with sales bouncing back in April, up 22.2% and with sales for the year to April up 12.4% on the same period in 2017.

For the whole of the EU28 and EFTA3 sales are 4.3% up April YTD, with Germany up 5.4%, France up 6.2%, Italy up 2.0% and the UK down 2.3%. The euro area has achieved its best annual rate of growth in 10 years (GDP +2.4% for 2017) and Europe as a whole is growing but, as well as the points mentioned in the opening paragraph the rising trade tensions in the US and China may explain why commercial vehicle operators are apparently becoming increasingly reluctant to invest in new LCVs.